2019 can be a game-changer for bioscience industry?

The second last year of this decade signals towards fast nearing end of the obsolete regulations, technologies and ideas. The next decade is surely going to offer a huge leap forward to the bioscience sector in India and globally 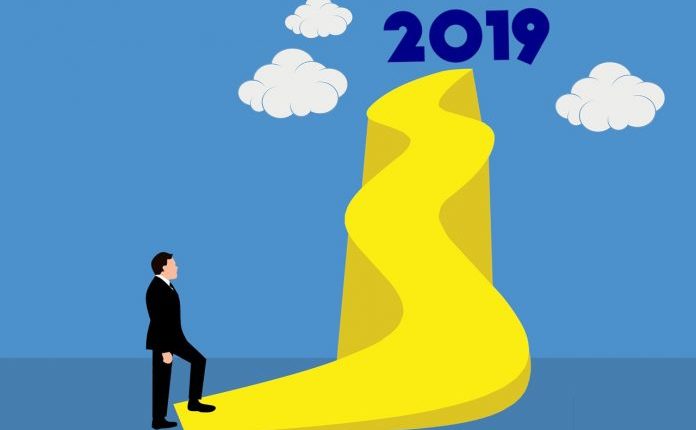 New Delhi: We are all set to welcome a brand new year 2019, energized and full of fresh ideas. The freshness of new year is always marked by the expectations galore. There is always a repeat of wish lists out of which few get fulfilled and most of others keep moving forward year after year.
While the year 2018 witnessed many key initiatives from the government agencies, for bioscience industry, the year 2019 is expected to fulfil many of its aspirations. The last one year has been full of action. Be it the new product launches or policy decisions, R&D outcomes or events, the ground zero activities have gained pace. However, despite numerous positives, the pending list continues to be huge as well.
Will 2019 bring out historic decisions from policymakers. Will the crucial go ahead on GM products come this time? Will the year seal the fate of Mustard and Brinjal? What about increase in funding allocations and hike in research student scholarships? Will the Biotechnology Regulatory Authority of India (BRAI) bill see the light in the new year? These are among the few crucial questions that may get answers or maybe not.
India is the twelfth-largest biotechnology market in the world with a 2 percent share of the global market. It ranks third in Asia-Pacific region after Japan and China. However, we have set up an ambitious goal of $100 billion which would put us in a neck to neck competition with our neighbors. In the healthcare sector, we are slowly consolidating the position of being a fast learner and technology driven nation. We may be lagging behind in many areas but the sector is slowly taking a centerstage with both politicians and national media realizing its importance.
The biosimilar treasure
With several biologics off the rack of patent shelves in the next five years, the combined sales potential of more than US$ 60 billion represents a massive opportunity for India to contribute through vaccines and biosimilars.
Based on analysis of currently approved biologic drugs and global pipeline, in the most optimistic scenario, the paper by CII and Sathguru estimates that the global biosimilar market will be worth of $240 Billion and Indian biosimilars market will be worth of $40 billion by 2030. Growth is being driven by increasing market maturity in Europe, more recent forthcoming environment for regulatory approvals in US and high unmet clinical need across RoW markets.

While there are unending immense possibilities in biosimilar arena yet the Indian bioscience sector has got a long way to go.

While India has been a leading player in the field of generics, it lags behind in the race to make copies of complex biotech drugs expected to generate tens of billions of dollars in sales in the coming years. While Indian firms have launched a few such products on the domestic market, where regulatory barriers are relatively low, they are being overtaken by European, American and South Korean firms in the race to supply lucrative Western markets. Just three Indian groups – Biocon, Dr Reddy’s Laboratories and Intas Pharamceuticals – are working with partners on so-called biosimilars aimed at the United States and Europe.
The revised Indian guidelines released in 2016 have not only resulted in a rigorous framework for approvals in India, but have also paved the way for leaner bridging effort to enter global markets. At this juncture, it is imperative to nurture the vibrant industry landscape and support the industry in value realization.
India is set to become the ‘Vaccine Giant’ of the world
The vaccines from India are going places. Being used for the national and international market including 150 countries, these shots of health make the Asian nation a known supplier across the globe. India is the major supplier of Vaccines to UNICEF which in turn supplies 40% of the total vaccine demand for childhood vaccination in more than 100 countries. The share of the private sector in the total volume of vaccines exported is roughly around 40%. Also, more than 70 % of all measles vaccines used globally are produced in India.

While India has gained respect for its strength in vaccine development yet a lot much needs to be done before it can stake its claim on the global leadership.

The rapid growth of the global vaccine market would lead to increased competition and experts say that it would even resemble the pharmaceutical market. There would be a distinct first mover advantage for companies launching their vaccines early in the Indian market with funding from various government agencies. Competition in the market is set to increase with the entry of more traditional companies. India must develop its own national strategies to meet its vaccination needs within its budgetary constraints.  However, the new initiatives and new strategic approach by the regulatory bodies can build the industry’s confidence. That in turn will be able to bring about positive changes to enable India as an emerging leader in global vaccine industry.
Way forward
The long-term goal is to scale up itself to a big $100 billion sector by 2025. Policymakers dealing with the subject are hopeful of achieving the target while citing the number of programs that have been launched by the government. One may question them on implementation but of course, the intent is clearly visible in their enthusiasm and energy. However, it goes without saying that while there are opportunities and efforts to tap them, there are roadblocks too in the way.
Sitting at the fag end of the current year, this is the time to forget bitter moments and look ahead to the best that might happen in the times ahead. Let’s all welcome the New Year 2019 with open arms and hope it will prove to be a game changing year for the sector . We hope that the barriers get broken and clear roadmap is laid out. While we can’t predict what exactly will turn out in the future, staying positive does make a huge difference in whatever we do!
Source:Bio Voice