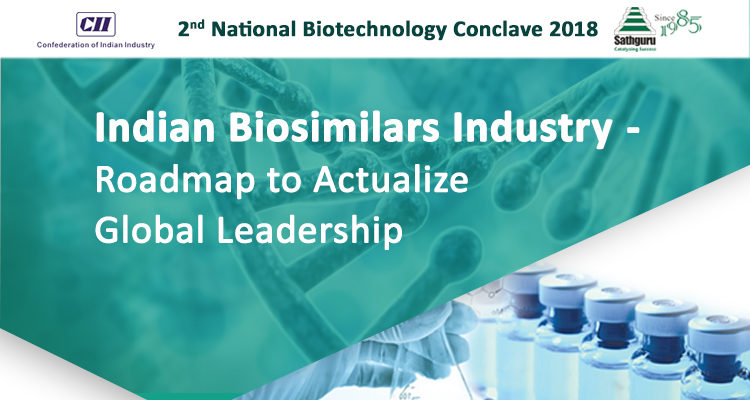 The Report can be downloaded at Indian Biosimilars Industry

Biosimilars present a very attractive opportunity for Indian pharma companies going beyond small molecule generics ridden with intense competition and price pressures. With record number of domestic approvals, active engagement in semi-regulated markets and growing footprint in regulated markets, the Indian biosimilar industry is poised at the cusp of growth. There are about 70 biosimilars approved in the country today. At this juncture, it is imperative to nurture the vibrant industry landscape and support the industry in value realization. The position paper points to major challenges to combat to secure a sustainable future for Indian-made biosimilars. Suggestions cover critical elements on expanding size of domestic markets, simplifying market access for other RoW markets, strengthening the upstream technology backbone and encouraging collaborations for regulated markets.

1. Expanding markets in domestic landscape: Biosimilars as a means to overcoming affordability barriers is a promise that is a promise that is yet to be translated to reality in several countries including India. Though substantial level of price erosion has been breached, overall market size is currently unattractive as volume penetration remains significantly low. For instance, one of the more mature assets in India, Trastuzumab biosimilar had overall sales of about Rs 286 crores in 2017 translating to less than 10% penetration when assessed on the basis of overall clinical need. Price control has had insignificant impact on expanding access as overall cost of care in indications such as oncology still remains out of reach for majority of the population.

Hence, is it is important to consider other models of aggregated and negotiated buying for public health so that blanket price control can be avoided. It is critical that affordable biologics are included in national coverage programs to expand access, especially at a time when landmark public health programs such as Ayushman Bharat PMJAY are rolled out. Finally, as done in certain European countries with high success in biosimilars adoption, a multi-stakeholder approach has to be engaged to drive greater awareness, clinical adoption and market expansion.

2. Strengthening upstream technology backbone: Sustainable success in the segment will hinge on production economics, especially as prices erode and unit cost and enhanced capex recovery become critical.
There is urgent need to strengthen industry’s backbone in upstream technology development, especially in areas such as high yielding clones and industry-academia platforms should be explored. For near term impact, globally benchmarkable non-dilutive funding and fiscal incentives for technology acquisition should be considered.

3. Paving the way for sustainable leadership in global markets: As regulated markets embrace biosimilars and move towards higher market maturity, it is optimal time for the industry to expand thrust on regulated markets, that will constitute majority of the near term global markets by value. However, given the significant level of binary risk per asset (clinical development investments of about $100 to $150 million per asset), key to defraying risk and expanding investment appetite will lie in more aggressively pursuing strategic partnerships with global as well as domestic counterparts.

The Biocon-Mylan partnership is a great testimony to strategic value of such partnerships and has resulted in Indian developed biosimilars being among the first wave of approved assets in regulated markets. For RoW markets, the WHO PQ presents great promise as a mechanism that can provide aggregated access to multiple markets that are relatively less mature. India should encourage fast tracking of the WHO PQ pilot while pursuing regulatory reciprocity in select markets until such aggregated possibility is a tangible reality.
Finally, as done through bodies such as PHARMEXIL in small molecule drugs, a multi-stakeholder approach to enhance global reputation and support global market access will greatly accelerate market expansion in the fragmented RoW markets.