The hype over branded A2 milk 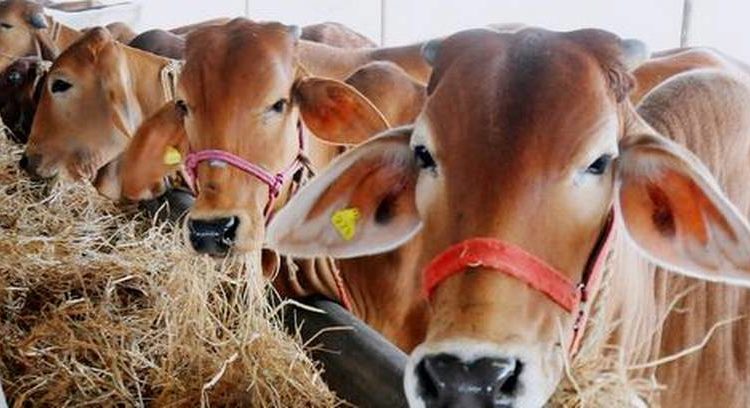 There has been growing interest in A2 milk globally ever since the New Zealand-based A2 Milk Company was founded in 2000 to license intellectual property for determining the type of protein a cow produces in its milk. The company changed its business model in 2007 from licensing to a full-fledged operating company engaged in sourcing and selling branded A2 milk in New Zealand, Australia, the UK and other developed countries; capturing up to 8 per cent share in some of these markets.

There have been reports implicating A1 protein/BCM-7 in negative health effects like Ischaemic heart disease, Type 1 diabetes, autism, inflammatory response and digestive discomfort etc, but the scientific community believes the evidence is insufficient and inconclusive.

In fact European Food Safety Authority (EFSA) in 2009 did not find “cause and effect” relationship between BCM-7 and the reported non-communicable diseases. Since 2009, more research was done on gastrointestinal effects of A1 and BCM-7.

The overall evidence for gastrointestinal effects from A1 and BCM-7 in animal and in vitro studies is conclusive, but the evidence from human studies is still limited.

Despite the lack of conclusive scientific evidence from human studies, several players have started marketing A2 milk with claims that it is natural, better, and free from negative effects.

Status of cattle in India

Studies by the National Bureau of Animal Genetic Resources (NBAGR), Karnal covering 22 desi breeds have established that predominant genotype in India’s native cattle is A2A2, confirming that our indigenous cows and buffaloes produce A2 milk.

The frequency of A2 allele was 100 per cent in the five high-yielding milk breeds — Red Sindhi, Gir, Rathi, Shahiwal and Tharparkar, meaning that these breeds do not have A1 allele or A1A1/A1A2 genotype. In the remaining breeds, the availability of A2 allele was 94 per cent.

NBAGR also reported moderate to high frequency of A2 allele among the breeding bulls, further supporting the belief that milk being sold in India is safe for human consumption.

Comparatively, in the exotic breeds like Jersey and Holstein Friesian, the availability of A2 allele is very low.

Considering the widespread use of exotic types in Indian cross-breeding programmes and the fact that these exotic breeds are source for A1 allele, there is need for caution in future breeding activities to ensure that A1 allele does not get fixed in Indian cattle breeds.

NBAGR is currently implementing a project entitled “Delineating Beta Casein Variants in Indian Cows and Potential Health Implications of A1A2 Milk”. The bureau is also offering a service for genotyping of A1/A2 allele from milk or blood samples in cattle species at nominal cost. Private companies in India have also ventured into this by offering allele detection kits.

Branded A2 milk in India:

In the recent past, several dairy units (local units and some organised players) in India have started offering A2 milk at a premium to consumers. A few of the A2 milk brands are Amul Deshi, Desigo, Haritas, GoShrushti etc.

Considering the lack of conclusive scientific evidence for A1/BCM-7 ill-effects on human health, and predominance of A2 milk in Indian cattle, there is no need for consumers to switch to milk branded as A2.

Lactose is present in both A1 milk and A2 milk and consumers should be aware that shifting to A2 milk will not help them address lactose intolerance.

Prevalence of A1 milk protein is not a major problem in India at present, and with increased consumer awareness on A1/A2 milk over time, the A2 branded milk in India may not sustain itself in future.

The recent emergence of several A2 milk players in India is an indication of consumers’ willingness to pay a premium for perceived better quality and safer milk.

Instead of pitching A2 milk, the dairy players could cater to this premium segment by offering better value proposition such as high protein milk, lactose free milk, adulterant or antibiotic free milk, certified organic etc.

The government is taking steps to conserve native breeds of every region and private players can also play an important collaborative role in these efforts.

Private dairies could also work on improving the productivity of desi breeds (which have low productivity) by better breeding, better farm and feed management and better animal health. There is huge potential for enterprising dairy units to take advantage of indigenous buffalo milk and cater to the growing demand of A2 milk and A2 milk based value-added products in the international market. 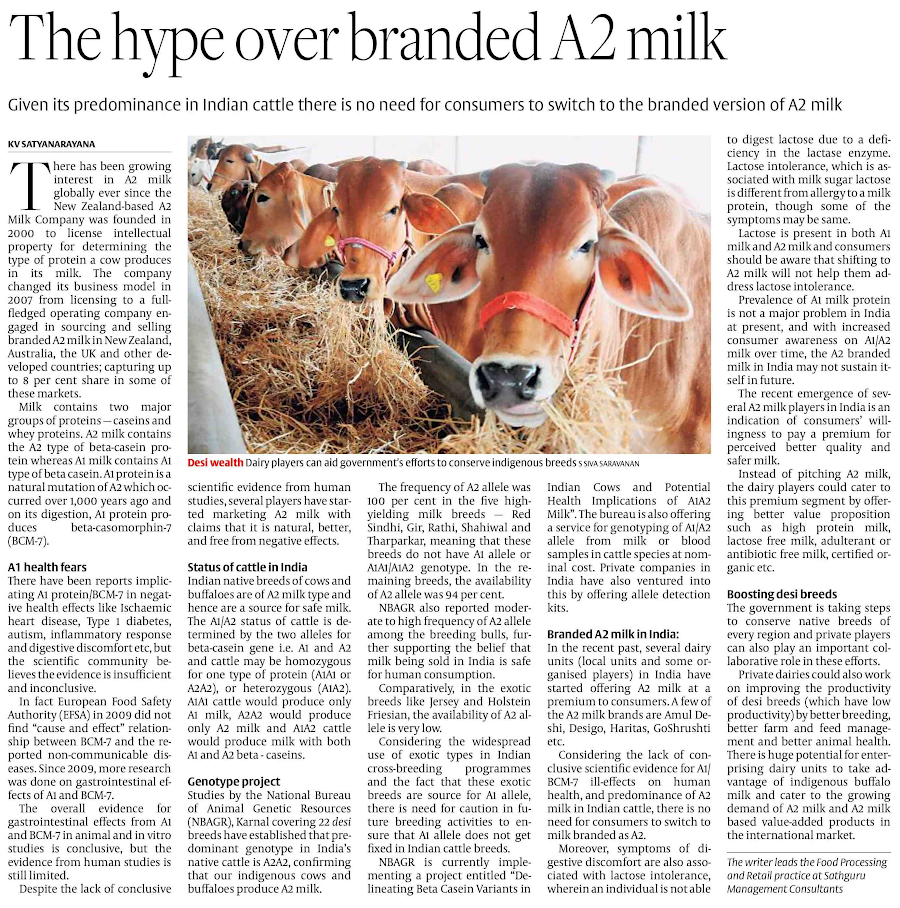 OneHealth focuses on the convergence of human and animal health, besides food and environment : Pushpa Vijayraghavan