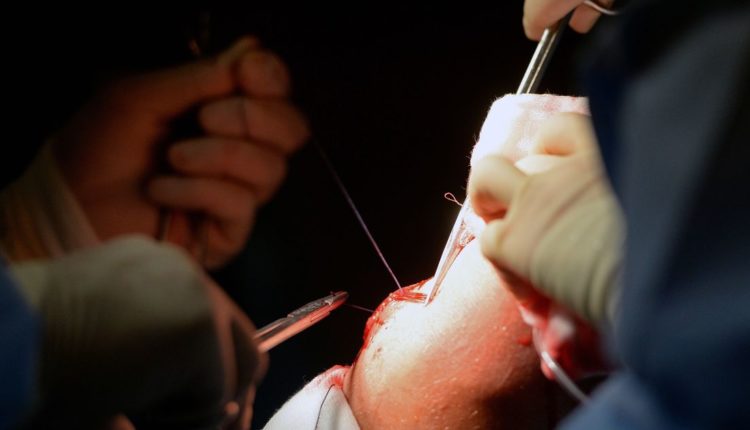 After capping the prices of cardiac stents, the drug authority turns its attention to knee implants, even though they aren’t on the essential medicines list.

The Indian orthopaedic devices market is worth Rs 2,400 crore, according to a 2016 report prepared by consulting firm Sathguru Management Consultants.

The National Pharmaceutical Pricing Authority has released data that shows the average trade margin on orthopaedic knee implants is 313%. In a statement on August 4, the drug price regulatory body said the data has been sourced from the manufacturers and importers of these medical devices.

The minimum cost of a knee implant for the patient, as per the data, is Rs 59,091 and the maximum is Rs 413,059. The average trade margin includes the margins of importers and distributors. The highest margins were taken by the distributors and hospitals that perform knee replacement surgeries, according to the analysis.

Landed cost is the cost at the time of manufacture or import.

The data release comes five months after the National Pharmaceutical Pricing Authority capped the price of cardiac stents at Rs 29,600. A similar price analysis was done before the price of stents was regulated. This has sparked speculation that the prices of knee implants could come under price regulation soon. In its statement, the drug pricing authority said it was releasing the data “to bring in transparency”. Its tweet said the government and the authority are “committed to transparency and affordable healthcare”.

Bhupendra Singh, the chairman of the authority, however, refused to comment on the question of price regulation.

In case of coronary stents, the authority had analysed the prices of stents after the Department of Pharmaceuticals had issued an order in December. However, in case of knee implants, the price has been analysed before any order has been issued.

Some members of the Indian Orthopedic Association, an association of orthopedic surgeons which was represented in the authority’s meeting last month, welcomed price control as beneficial for patients. Others cautioned against it. Industry representatives said price regulation would adversely affect the availability of knee implants, the bulk of which are imported.

A four-part system
Knee replacement surgery is a procedure in which an artificial joint or prosthesis replaces the damaged knee joint. The most common reason for knee damage that requires replacement is osteoarthritis (wearing of knee joints) or the rheumatoid arthritis (an autoimmune disease that attacks joint cells).

Four parts are used in the knee replacement system – femoral, tibial plate, insert and patella. Orthopedic surgeons said that usually the entire set, consisting of these four parts, is required for the surgery. The data released by NPPA showed the prices and trade margins for each of the four parts. Altogether, the maximum price came to Rs 4,13,059.

But the members of Indian Orthopedic Association were split on the question of price control of knee implants. “If the price goes down, the volume of surgeries will go up,” said Dr Ram Prabhoo, president of the association. Prabhoo explained that many people eligible to go through the surgery do not opt for the surgery because implants are expensive.

But Dr HS Chhabra, a member of the Indian Orthopedic Association, took a more cautious view. “We are all for the benefit of the patients but there are a number of factors determining pricing,” he said.

“These costs should also be taken into consideration,” said Chhabra, who also represents the Association of Healthcare Providers of India. “There are other factors such as design, innovation, finish, quality that need to be considered.”

Industry concerns
The Indian orthopaedic devices market is worth Rs 2,400 crore, according to a 2016 report prepared by consulting firm Sathguru Management Consultants. Knee implants account for nearly half the market and 80% of knee implants are imported. Rajiv Chhabra, who handles the orthopedic implant division of Association of Indian Medical Device Industry, said that there are only four companies in India which manufacture knee implants.

Probir Das, chairman of the Medical Devices Forum of the Federation of Indian Chambers of Commerce, said price caps could bring down the profitability of the industry and reduce further investments.

But Himanshu Baid of the Medical Devices Division of the Confederation of Indian Industry said that price control will not have a major impact on the industry, but more on the hospitals. “The distributors at most take 15-20 percent margin,” he said. “The biggest impact will be on the hospital. They take the biggest margin.”

The regulatory build-up
A few years ago, the National Pharmaceutical Pricing Authority sought the help of National Health Systems Resource Centre to study the clinical effectiveness of hip and knee implants. The Centre provides technical assistance to the health ministry. In its 2015 report, the technical body also suggested that the “valid” cost of the knee implant should not exceed Rs 97,000.

In 2011, the Maharashtra Food and Drug Administration conducted an investigation on the pricing of various medical devices including orthopedic implants and concluded that the margins were unacceptably high. The state body wrote to the Central Drug Standard Control Organisation asking for a cap on the profits of implant manufacturers and distributors.

The Central Drug Standard Control Organisation recently last month asked the Health ministry to consider the inclusion of heart valves, orthopaedic implants and eye lenses in the National List of Essential Medicines, a report in The Indian Express said.

On May 12, the National Pharmaceutical Pricing Authority sought information relating to the prices of 19 medical devices, including knee implants, to “monitor the price”. Some companies did not submit the data by the deadline of May 31. The authority issued a warning that they would inspect the premises of these companies to get the data. The companies then submitted the data.

Government powers
Malini Aisola of the All India Drug Action Network, which works towards increasing access to essential medicines, said: “The official data shows what was already known about the excessive margins and price gouging in medical devices.”

Aisola pointed out that the government could regulate the price of knee implants even before they are included in the National List of Essential Medicines. Paragraph 19 of the Drug Price Control Order gives the government the power to fix a ceiling price of any drug in such extraordinary circumstances and in case of public interest “as it deems fit”.

This clause was used to fix the price of cardiac stents too. The National Pharmaceutical Pricing Authority said that the formula prescribed under the Drug Price Control Order – based on average price of the stents to the retailer – was resulting in unethical mark-ups and exorbitant prices.

Like it did in the case of cardiac stents, the authority should make use of Paragraph 19 to regulate the prices of knee implants in a systematic manner, said Aisola. She insisted that the NPPA should publish the data related to other devices and regulate their prices using the public interest provisions.

But industry representatives said the use of Paragraph 19 would be arbitrary. “It would be unfortunate,” said Das. “There would be no scientific evaluation of the product before capping the price.”

GST on agrochemicals: a cause of concern or relief for farmers and industry