Biosimilars – How can we realize the $ 240 Bn Opportunity 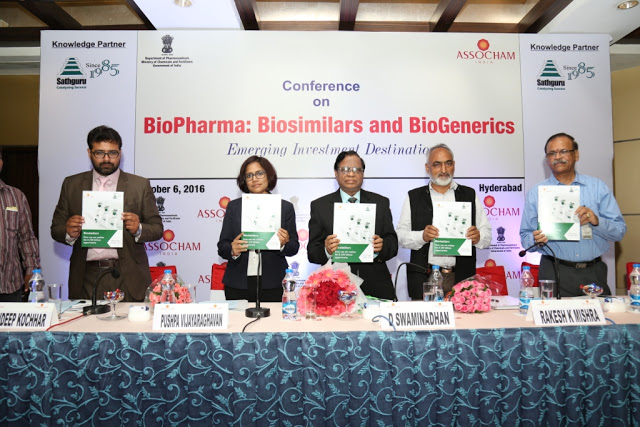 The knowledge paper can be downloaded at Biosimilars

The domestic pharma industry can take advantage of the $240-billion global opportunity for biosimilars, according to a report of Assocham and Sathguru Management Consultants. The report was released by D Swaminadhan, President & Director General, Jawaharlal Nehru Institute of Advanced Studies, at conference on biopharma held here on Thursday.

“With the introduction of a new regulatory policy in India and increased affordability that biosimilars offer, the domestic market is expected reach the target of $40 billion by 2030 to command a 20 per cent share of the global market,” the report added. The Indian biosimilars industry was close to $300 million in 2015. Domestic sales, estimated at $250 million, grew at a CAGR of 14 per cent while exports contributed the balance.