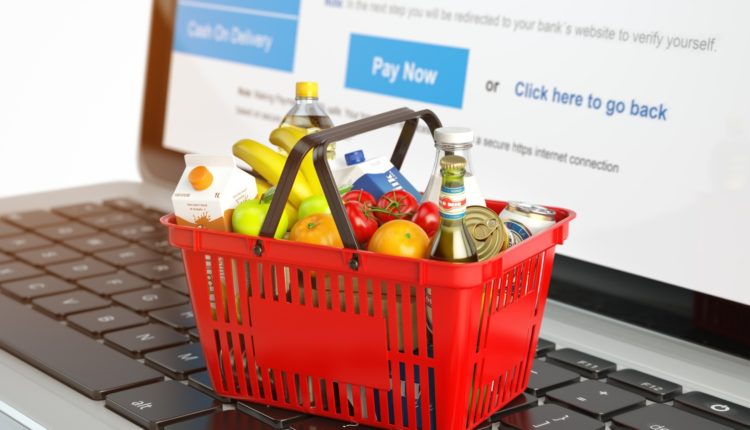 A common way packaged-food manufacturers the world over have sought to bolster sales since the onset of the Covid-19 pandemic is by selling directly to consumers online.

And food groups operating in India, a nascent market for grocery e-commerce, have also invested in e-commerce during the lockdown.

Bricks-and-mortar retailers offer delivery services in India – examples include Future Group’s Big Bazaar and Reliance Industries – but grocery e-commerce is in its infancy in India. In recent months, a number of food manufacturers have built up their own e-commerce services, in many cases through third-party platforms, but also developing their own delivery networks.

Haldiram’s, the Indian snacks manufacturer and foodservice operator, has, for instance, put energy into offering the company’s entire selection online and creating its own delivery network, using its own personnel, as well as third-party services.

Rajat Rastogi, the company’s marketing manager, told just-food the group will also expand its offerings on foodservice-focused delivery firms Swiggy and Zomato beyond the foodservice items they have handled for Haldiram’s in the past. “Now we have also listed our pre-packed items [such as dry snacks and fresh sweets] on Swiggy and Zomato” in selected markets, he says.

The lockdown has accelerated our e-commerce sales by two, three or even four times, depending upon the cities,” Rupinder Singh Sodhi, the company’s managing director, tells just-food. He says in Bangalore the share of home-delivered online sales as a proportion of overall sales is now 25-30% and in Mumbai 10-12%.

Overall, since 23 March when India announced its first Covid-19 lockdown, the share of Amul products sales that are home delivered rose from less than 3% of total sales to more than 5% in July, Sodhi explains. Sales were worth US$7bn in the financial year to March 2020, with, for example, online sales of milk and ghee being made through websites such as Amazon’s Indian portal.

Other third-party e-commerce sales and delivery services Amul has used to expand its online sales during the pandemic have included Big Basket, Dunzo, FlipKart (majority-owned by Walmart) and Milk Basket. Amul has also this year signed deals with Swiggy and Zomato to sell and deliver products including butter, yoghurt, milkshakes and paneer, Sodhi says. “In May, we got more than 60,000 orders through Zomato and sold INR30m (US$400,000) worth of Amul products in 200 cities across India.”

Swiggy has also been used by US-based confectionery makers Hershey and Mars to support home delivery for their new dedicated online platforms, Hershey Happiness Store and Mars’ Snickers Store, which were launched in India in May and June respectively.

At present, their online sales and delivery offerings are restricted to some of the major Indian cities, including Delhi, Bangalore, Chennai, Mumbai, Hyderabad and Kolkata.

In addition to Swiggy, Mars has partnered with Zomato, Dunzo, JioMart and Near Store for the home delivery of its products, with more pack choices being made available than in physical stores, says Ritesh Gauba, director of sales for the Indian unit of the US giant’s Mars Wrigley confectionery division. “Going by online shopping trends, we offer bundles of packs for digital commerce, which include multipacks of miniatures and bars. We are also balancing our sales strength with additional investment in direct-to-home channels.”

Despite the recent growth in the use of e-commerce home delivery by packaged food manufacturers, there are questions about how economical the channel might be for companies.

Piruz Khambatta, chairman of Ahmedabad-based food and beverage business Rasna (and also the chair of the national committee on food processing of pan-business body The Confederation of Indian Industry) warns the delivery prices charged by foodservice focused networks such Swiggy and Zomato may be too high for some packaged food products and suggests the delivery agreements recently signed may not be sustained post-Covid-19.

With foodservice in India often having a higher profit margin and able to accommodate higher charges than packaged food retail, Swiggy and Zomato could find securing sustainable deals with foodservice operators easier than with packaged food manufacturers. They “will be more happy selling pizzas,” reflects Khambatta. That said, Rasna has itself been selling its products through Zomato since April.

Srirama C Manyam, manager of food processing and retail at Hyderabad-based Sathguru Management Consultants, agrees. “The margin on the sale of pizzas is between 30% and 50%, while in the food processing sector it is 20-25%,” he says.

Khambatta warns companies should carefully cost in-house delivery services, should they want to sell to consumers through that route. “We [at Rasna] have also tried our own shopping site and the whole cost of logistics is very high,” he said.

One pertinent short-term pressure on costs, Manyam points out, is fuel prices have risen by 15% since May within India.

The future for direct-to-consumer in India

Sameer Barde, a former executive for Nestle and Tesco in India, as well as a former director of the Federation of Indian Chambers of Commerce and Industry (FICCI), warns consumer demand for home delivery may fall after the pandemic ends. Once consumer concerns about mingling in shops subsides, he tells just-food, “many people are going to go out and do their shopping”.

However, Barde does suggest some gains e-commerce has made will stick. Companies dealing in highly perishable items such as meat and fish and wanting to guarantee fresh deliveries might want to preserve delivery networks over which they have more control, he suggests. The same applies to products prone to counterfeiting, such as high value foodstuffs like dietary supplements. “In a firm’s own supply chain, the ability needed to control food safety is very high, whether it is temperature control or preventing tampering.”

Khambatta suggests low wages in India could encourage food manufacturers to persist with their new delivery services. He adds another reason. In India, he says, deliveries can be made all day, while in many western markets families are often all out at work and school: “In India, someone is usually there in the house,” Khambatta says, “If not, then the neighbours would take it [a delivery].”

The e-commerce platforms being launched in India can also have shorter logistical chains than standard retail distribution, which sees goods moving from factories to company depots, to distributors and then retailers, Manyam asserts. For e-commerce, the goods move from “a company depot to an intermediary, who delivers to the consumer” – reducing costs and delivery times.

Digital commerce also allows manufacturers to offer intermediate ingredients to consumers as well as finished products, with lines such as chocolate syrup and grated cheese in high demand during the lockdown, Manyam adds. “Instead of ordering pizza, milk shakes or cold coffee from a store, people would rather buy ingredients to make it at home.”

For Mars, sharing and party packs have also received more attention from families who have increased collective at-home consumption, Gauba points out.

And online sales allow manufacturers to market minority taste lines whose demand is too small for general stores to stock, such as lactose-free milk, specialist chocolates or some quality ice creams – these are attracting healthy sales on digital platforms, Sodhi says. “Shopkeepers can offer a limited choice, e-commerce offers unlimited choice.”