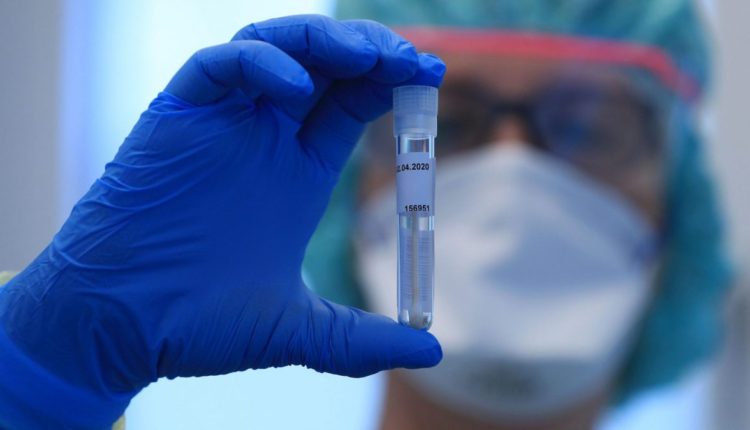 The world has crossed unfortunate milestones of more than a million cases globally and close to 60k deaths.  Given the unabated impact of this global crisis, it is likely that at the time you read this article, these numbers would have been overshot by a large margin.

A global leveller, country success stories stand out: Level of development of a country or level of evolution of healthcare infrastructure has not been a dampener for the potent coronavirus.  Strangely, at this point, the most affected are also some of the most developed countries in the world.  If anything, the global burden is emerging as a telling story of effectiveness (or lack thereof) of public health response in various countries.  South Korea and Germany continue to stand out as exalting examples.  Germany is in the middle of the European hotbed of the global pandemic.  It has reported more than 90,000 cases, but less than 1,300 deaths.  That translates to a mortality rate of 1.38%.   This is in strong contrast to its neighbours Italy and Span where based on currently reported numbers, mortality stands at 12.25% and 9.39%.  While we could argue that the lower mortality rate in Germany is a mathematical reflection of a larger denominator due to more extensive testing, the much lower absolute number of deaths is a benchmark in itself.  The same with South Korea.  Despite high physical proximity and people movement with China, absolute deaths is below 200 and mortality rate is about 1.74%.  Both countries are strong examples of Government driven focus on active testing, tracing and isolation.  Both are also examples of leaders setting the right examples, isolating themselves whenever required by protocol, communicating with transparency, maintaining an equation of trust and actively gaining behavioural participation of the population in planned response measures.

India – No easy way out, but a battle well waged:

There is no perfect response in a pandemic like this where the course is hard to predict and scientific knowledge on various aspects of disease transmission are far from understood.  Population density, socio-economic implications in a country such as India further confound decision making.  Despite these complex challenges, I would like to acknowledge that we are a good example of swift response and active engagement of all scientific groups within the Government to put a cohesive force forward.

Agile and unified response: Until about March 5th, we did not have more than couple of reported cases and the level of risk was not obvious.  We had one designated quarantine center in most states and often an overcrowded and poorly maintained Government Hospital that several citizens feared more than contracting COVID-19 itself.  However, when initial cases were then reported from Maharashtra and Telengana, as a country there was an agile response with immediate acknowledgement of impending threat.  We acted in a humbled manner while appreciating the ravaging impact on countries with greater economic and scientific force.

Engagement of all scientific stakeholders for a cohesive response and expanded armour:

Indian response has been a good example of the MoHFW and ICMR actively leading Government decision making on scientific aspects and expanding preparedness in a prudent manner.  There has also been active engagement of all other scientific forces within the public system and the private sector.  Most states have now recognized several private hospitals and have rapidly expanded isolation and treatment centers.

Addressing a big piece of the puzzle – diagnostics: Testing is the cornerstone of most response measures.  It is the driver for isolation which is critical for containing the pandemic’s spread.  Globally, this has been a very difficult piece of the puzzle.  The United States is a stark example.  The FDA acted swiftly and approved various test kits exercising the Emergency Use Authorization measures.  However, after initial dearth of tests and challenge of negative controls in CDC tests resulted in an urgent call for action, the FDA resorted to the extreme measure of allowing all Lab Developed Tests and unapproved test kit developers to commercially offer the test during this pandemic.  It is hard to determine now if the test you are offered in the United States has been validated or not, and if so how reliable it is.  South Korea, on the other hand, quickly had private companies such as Seegene develop the tests and approved it within a week of submission for approval.  It is notable that Seegene actually developed the test four days ahead of South Korea confirming its first case.  The roll-out of testing is also a great benchmark, free testing has been offered, drive-through testing booths have been setup and hospitals are offering walk-through testing with no contact with healthcare professionals.  With more than 250,000 tests having been done so far, the country has set a global example of how extensive testing and population education on risks of transmission can be great arsenal in this battle.

India has also done remarkably well as well on this critical aspect.  ICMR has pro-actively extended testing capacity to include private labs and has most recently, even expanded it to include public research institutions.  This has been done in a scientific manner with the ICMR website clearly listing out private labs recognized to do so by state and city.  Even with the test kits, we encouraged our domestic ventures to respond in an agile manner.   Equally importantly, these were immediately validated by National Institute of Virology, Pune and list of tests validated published immediately by ICMR with information immediately shared with the regulator CDSCO for approval.  Again, encouraging immediate creation domestic capacity, swift response and transparency have been evident.  Creating security on access to testing is a crucial part of preparedness and response measures, and we have done incredibly well.

Simultaneously investing in science driven solutions: Beyond immediate containment measures, sustainable solution for the COVID19 crisis will have to be validated therapeutic and prophylactic solutions.  We have immediately put out funding programs to encourage large companies and startups to focus on this pursuit.  As a country, we have more than four vaccines actively under development and at least 30 diagnostic tests.  Companies and institutions are actively engaged in validating various therapeutic solutions including measures to enhance efficacy through novel forms of delivery.  While the final outcome will rest on stewarding these solutions to widespread adoption with continued momentum, for now I will fail if I don’t acknowledge the promising start.

Tough measures when needed: In an unanticipated situation such as this, preparedness is always a luxury and is often amiss.  Trade-offs then are an integral part of any response measure.  There are economic implications, social implications and unforeseen events resulting in further spread of the virus as well. Despite these challenges, we have taken the tough calls that offer most promise of containing the potentially devastating spread and have stayed steadfast and resolute.  It was prudent to shut the country’s borders and implement hard measures for distancing in a timely manner.

Continuing to stand together and leaving no room for impulse: India is also a great example of states and the Center acting in unison and making a cohesive effort that is much needed to win a battle this hard.  The private sector has come forward to do its part.  The clinicians and medial professions are at the front of the battle but continue to grapple with shortage of PPE which a threat to their sustenance.  A fight such as this is not without its testing moments.   We have done well this far, and have kept complacency at bay.  As a nation, each of us have to realize that we still have at least two thirds of the battle ahead of us.  Every action of impulse can take us ten steps behind.  It is important we only get stronger in our collective response, keep any differences at bay and continue a rigorous front to get through the rest of this battle.