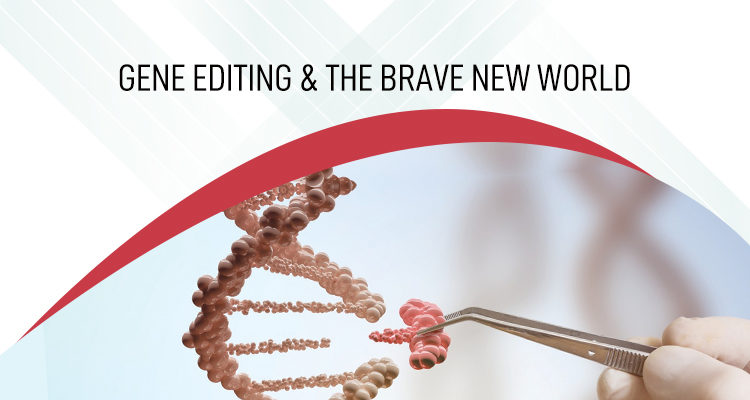 CRISPR is a tool that helps scientists suppress specific genes that express in plants, animals.and humans and delete undesirable traits. The Chinese expt has raised the hackles of the scientific world–potential & ethical issues.

In 2000, the human Genome map was published. In the 1980’s, DNA fingerprinting technology was.developed. In the past decade Genetic Engineering is progressing rapidly.

From being just difficult, technical jargon and part fiction these techniques are churning out products and tools that are making a huge impact on our lives.
Therefore it was a tough call to address a workshop on Gene Editing -potential in Agriculture & Science at the Cornell University-Sathguru Management event.
It’s now possible to identify a defective Gene, diagnose the genetic cause and silence it/remove it and fight a serious disease. Similarly in plants, its possible to edit genes and ensure higher output, resistance to disease, tolerance to unhealthy soil conditions etc.

Anyway my task was to think aloud as to how reporting & coverage of this emerging technology can be improved with collaboration.between researchers and communicators.
In India, the research work on Gene Editing is nascent. In DNA fingerprinting and Genetic Engineering we have products and fast growing presence. With it’s great genetic diversity in human populations, India is considered the global laboratory for genetic research.

There are exciting possibilities of these technologies and so too controversies lurking. Have in the past decades covered some developments and reported them. So, the workshop turned out to be both refreshing and a good learning.

With mobile technology, artificial intelligence, internet of things and Gene based technologies the road to a Brave New World is definitely ahead. Big opportunity to experience and report awaits.