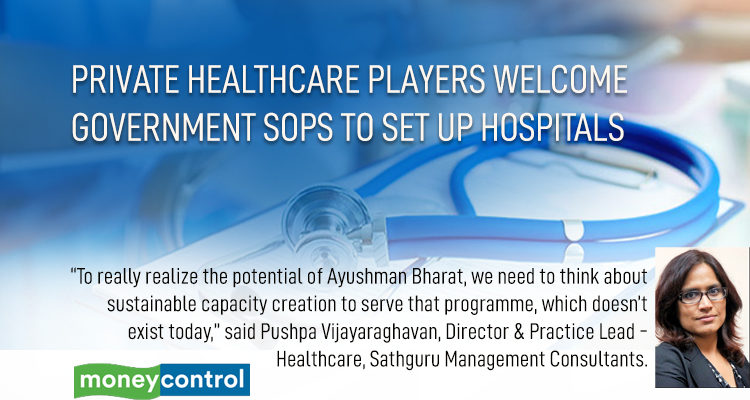 The healthcare industry welcomed the guidelines issued by the Central government that assured sops such as land, clearances, tax breaks and funding to set up hospitals in tier 2 and tier 3 cities, to support Pradhan Mantri Jan Arogya Yojana (PMJAY) or Ayushman Bharat.

“It is a good move, they have to encourage hospitals to come up in tier-2 and tier-3 towns,” said Ranjan Pai, Chairman of Manipal Education and Medical Group (MEMG) that runs Manipal Hospitals.

The government also assured restoration of the status of a hospital as the industry for getting the benefit of VGF.
“At the current package rates offered under Ayushman Bharat, it is not viable to put up hospitals in these places, viability gap funding (VGF) and cross-subsidization are the way to go,” Pai said.

In a cross-subsidized model, the private hospital will be allowed to charge patients who can afford to pay, in order to sustain operations and make profit, even while servicing patients under Ayushman Bharat at low prices.

On industry status for hospitals, Pai said hospitals are already operating as corporations.

“This may allow them to access long term funding at cheaper rates, but we are expecting more clarity on this,” Pai added.

Ayushman Bharat provides hospitalisation cover of up to Rs 5 lakh per family per year to over 10 crore poor families in the empanelled hospitals throughout the country.

With the scheme providing health coverage to 40 percent of country’s population, it is expected to create a huge demand for secondary and tertiary healthcare facilities that are mostly concentrated in metro cities.

“It can’t be delivered at Rs 30,000 in a facility designed to deliver a particular surgery at Rs 2,50,000. We need to trigger that kind of capacity, which we don’t have even in tier-1 cities,” Vijayaraghavan said.
Looks the government finally realized this, she added.

Vijayaraghavan said if the incentives are implemented in right earnest, it will take at least three to four years to see addition of meaningful capacity.

There are others who have expressed concern over government pushing private hospitals without regulating them properly.

The government should regulate them first before giving incentives and handing over the delivery to them, Nath added.