Deadly wheat blast is just across the border 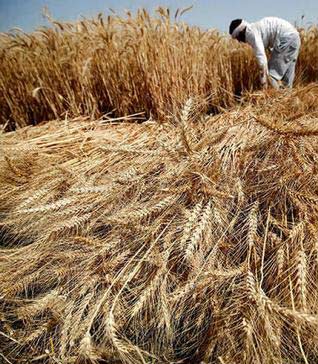 It is sure a wake up call for wheat farmers in India, especially for those cultivating the staple crop in the East and North Eastern parts and the Agriculture Ministry as the deadly ‘wheat blast’ is lurking around in the neighbouring Bangladesh.

The fungal disease caught thousands of wheat farmers in Bangladesh unawares during February-March 2016. It was the first reported outbreak in Asia of the disease pre-dominantly localised in South Americas. The pest has reportedly caused loss on over 15,000 hectares as farmers were forced to burn their fields ravaged by it.

Red flagging the issue are international pathologists and the Hyderabad-based Sathguru Management Consultants, who are into agri technology. They say that in addition to intensive surveillance in wheat growing areas, there is a need for co-ordinated efforts between the stakeholders — farmers, seed companies and Agriculture departments to contain it.

While its origin and arrival into Bangladesh is yet to be ascertained, plant pathologists have warned that it could spread fast to countries in South and South-East Asia. Detected in February and confirmed with genome sequencing by the Sainsbury Laboratory in Norwich, UK, the fungus (M oryzae) is commonly known as a pest of the rice crop.

In South America, the disease tends to take hold in hot and humid spells.

Similar conditions exist in Bangladesh and perhaps the reason for the outbreak. There is a likelihood of its spread to the Indo-Gangetic Plain through Bangladesh, northern India and eastern Pakistan, warn scientists at the Bangladesh Agricultural Research Institute, according to a report in Nature News.

Wheat is a winter crop in the country with the sowing season beginning around September to November in different growing areas. With approximately 29 million acres under cultivation, the challenge ahead could be daunting indeed.

The Mexico-headquartered CIMMYT has said, “The consequences of a wider outbreak of the disease in South Asia could be devastating to a region of 300 million undernourished people whose inhabitants consume over 100 million tonnes of wheat each year”.

First spotted in Brazil in 1985, the blast is widespread in South American wheat fields. The pathogen spreads by seed and also survives on crop residues. Most varieties being planted are susceptible while fungicides have not been effective in controlling the disease, the International Institute says.