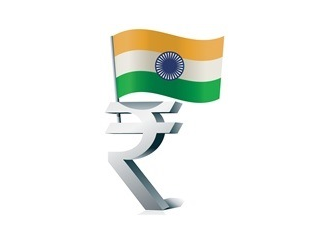 NEW DELHI – Medium- to large-sized Indian pharmaceutical companies are aggressively pursuing international acquisitions to strengthen their market presence across developed and emerging markets, and to gain a foothold in markets they are currently not strong in, according to new analysis by the Associated Chambers of Commerce and Industry of India (Assocham) and Hyderabad-based Sathguru Management Consultants.

Indian companies have been able to establish themselves as active buyers in the cross-border M&A landscape thanks to a series of relatively large transactions such as Hyderabad-based Aurobindo Pharma Ltd.’s acquisition of the western European operations of Parsippany, N.J.-based Actavis plc. Another example is the acquisition by Lupin Pharmaceuticals Inc. of generics firm Gavis Pharmaceuticals LLC, of Somerset, N.J., and Novel Laboratories for $880 million.

Many of these deals will help Indian companies tap into manufacturing and marketing capabilities in Western markets, particularly the U.S.

While the U.S. and Europe remain the largest markets of focus in terms of impact on revenue, pharmaceutical companies are also aggressively seeking M&A opportunities in key emerging markets across Latin America, Southeast Asia and parts of Africa.

Several large Indian companies have also acquired and invested in local manufacturing and research assets in both developed and emerging markets. Examples include Cipla, the largest supplier of anti-malarial drugs to Africa, which will set up a $32 billion plant in Africa for the production of antimalarial and anti-retroviral drugs. Similarly, Lupin opened a research and development center for inhalation products in Florida.

“The intent to strengthen global footprint is very strong across the majority of the top 20 companies. While about one-fourth of them are already present in the regulated markets and are looking for opportunities to expand formulation capability beyond vanilla generics or are looking for front-end assets such as a brands or market strength, the remaining are looking at inorganic opportunities that will allow them to step foot into the regulated markets,” Vijayaraghavan said.

Describing Hyderabad-based Aurobindo Pharma Ltd.’s acquisition of Dublin-based Actavis plc as “a landmark transaction,” Vijayaraghavan said that she anticipated the trend would continue for at least for the next three years.

“This appetite is of greater significance given the current slowing down of U.S. and Chinese markets and relatively upbeat market landscape in India.”

On a global scale though, the Indian acquisitions are relatively modest.

“Indian companies are yet to engage in M&As on the scale witnessed globally,” but they are trying to keep up with global trends in the pharmaceuticals sector, said Chris Stirling, global chair of the consulting group KPMG Life Sciences during a BioAsia conference in Hyderabad in February.

Vijayaraghavan agrees. “The momentum in domestic M&A transactions in pharma in the last few years pales in comparison to the wider interest in outbound M&A,” she said. “The interest across industry participants has been lukewarm. Transaction sizes have been smaller as acquisitions or investments in general have been more for strategic product or portfolio expansion rather than market presence.”

“I anticipate the same level of subdued activity in domestic M&A given the scope for organic growth, welcoming IPO market and current trend of marketing partnerships. However, there is bound to be an active engagement in joint ventures, collaborations and licensing activity for domestic portfolio expansion,” she added.

Globally, M&A deals last year topped the $300 billion mark, said Stirling. Some mega deals included U.S.-based Pfizer Inc.’s acquisition of Ireland’s Allergan Inc. which is expected to ultimately be worth $160 billion and create a company that will have a revenue equivalent to the GDP of Denmark.

And continuing the trend in early 2016 is Shire plc’s acquisition of Baxalta Inc., of Bannockburn, Ill, which will split off from its parent company Baxter International Inc.and “create an absolute powerhouse in rare diseases.” (See BioWorld Today, Jan. 12, 2016.)

“Globally there is a huge buzz about alliances, mergers and acquisitions,” said Sanjay Singh, a partner at KPMG in India.

One driver of this stepped up level of activity is the increased pressure that the life sciences industry if facing globally, with shrinking government budgets for health care and lower budgets for research and development.

The industry “really has to adapt and radically change,” he said, likening the industry to a “polar bear in the Arctic ice which is slipping underneath and [the bear] needs to move to safer grounds.”