We don’t have startups in india that actually generate IP : K Vijayaraghavan

We’ve got excellent approaches today in terms of traditional API, chemical pharmaceuticals as well as biologicals but I think the challenge in pharma is that we need to ramp up our investment tenfold, 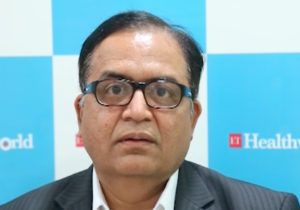 Is India a destination for IP?
India is certainly a destination for IP because Indian markets attract IP. They are one of the fastest growing markets in the world. Our IP filings have expanded three fold in the last 10 years, but more than 2/3rds are international IP’s filed in India by international companies to address Indian markets. Our homegrown IP is growing rather slowly and not as much as we would want it to.

What are the challenges that you see?
A couple of challenges are critical. World over, majority of IP comes from innovative young companies or academic institutions. We don’t have enough startups in India that actually generateupstream IP on breakthrough innovations or advance IP to commercialization. There’s a huge dearth of investments to take private sector IP to markets. Even for current innovations to really be converted to commercialized IP, we need 10-15 billion dollars. We don’t have even 1/10th of the investment currently being made. Second, our academic IP is underperforming with respect to reach to markets. We do generate about 2 to 3 thousand patents a year in academic research but they don’t really reach the stage of widespread commercialized impact. So, there’s been a decline in the patents filed in the public system itself.

What needs to be done? The remedial measures that can be taken.
First is I think we should have a surge of investments in early generation of technologies. There is complete risk averse approach by current investors. Even from the Prime Minister’s Rs. 10,000 crore fund for innovation nurturing, nothing has reached the frontier sciences today be it bio-pharmaceuticals, agriculture or electronics. Bodies that are dispensing, including SIDBI, don’t look at a very high risk kind of investment managers today. So, there is dearth of critical investments. Second is IP administration itself. In terms of statistics, our Indian examiners examine highest number of patents and that’s only next to Brazil. In terms of pendency, we have three to four years of pendency in patent grant. So, we are second worst patent grant country among the OECD and middle income countries in terms of time taken to grant a pattern. So, these are the critical issues that need to be addressed.

How about opportunities in Pharma?
We have superb opportunities for Pharma in the country today as we have the world’s largest number of scientists and innovators in that particular segment. We’ve got excellent approaches today in terms of traditional API, chemical pharmaceuticals as well as biologicals. But I think the challenge in pharma is that we need to ramp up our investment tenfold. The kind of facilities created in Korea and Singapore are world class benchmarks and we need to accelerate our investment. We estimate it India needs to invest atleast 10 to 12 billion dollars immediately to be competitive in new areas of biologicals. In small molecules we are doing well and that’s our forte, but long range competitiveness can be questionable because more and more biologicals will be taking the center stage of bioremediation and health care

First One Health India Summit ends on high in Delhi

One Health India Summit-Acknowledging Challenges and Paving the Way Forward