Using information technology to keep track of disease in wheat 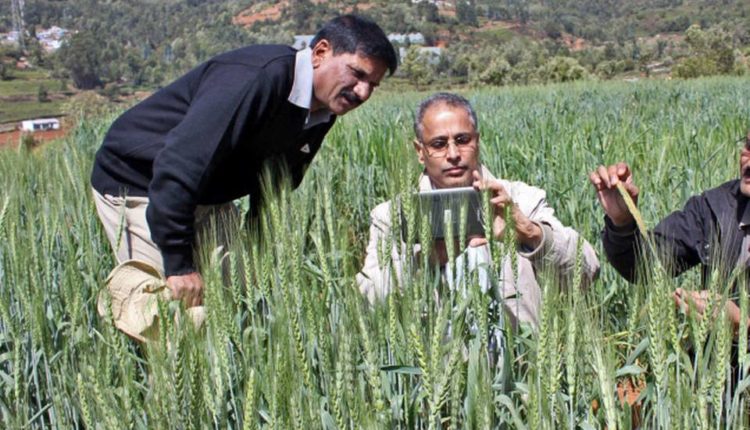 Tucked away in a remote corner of Wellington in the Nilgiris but playing a significant role in ensuring the food security of the country ever since it came into being about six decades ago, the Regional Station of the Indian Agricultural Research Institute (IARI) identified locally as Wheat Breeding Station is now in the process of adopting a mobile solution for surveillance data collection developed by the Sathguru Management Consultants.

While pointing out that the Information Technology solution in tracking rust pathogens would be of considerable use, the head of the station Jagdish Kumar told The Hindu at Wellington on Monday that the focus of the station was on developing wheat varieties which are rust resistant.

Pointing out that the conditions at Wellington are ideal for developing new varieties of wheat, he said that about 80 to 90 institutions in various parts of the country are using the IARI facility for wheat trials.

Where as it takes eight years to develop a variety in places like Delhi, Haryana and Uttar Pradesh, in Wellington it can be done in four years since wheat can be cultivated round the year here.

Stating that the dreaded rust disease could be screened naturally here, he said that the station was created with a mandate to produce rust resistant varieties of wheat, particularly dicoccum wheat for widespread cultivation in South India in general and Southern hills in particular to cut down the initial wheat rust inoculum build up in the country. The first dicoccum wheat in India named NP 200 was developed at Wellington. At present, efforts are on to keep out the UG 99 rust which emanated in Uganda.

To a question, Dr. Kumar said that so far the station has developed about 20 varieties.

Senior Scientist of the station M. Sivasamy said that due to the sustained research activities, steps taken to control diseases and conducive weather wheat production was a record 94.6 million tonnes during last year.

The level of production was expected to be the same during 2013.About a decade ago it was only around 80 million tonnes.

Lamenting that not many here are aware of the work being done in the station extending over 42 acres, he said that wheat which was widely grown in the Nilgiris was now hard to come by.

Pointing out that it can be grown separately or as an inter-crop, he said that apart from meeting the requirements of the growers, it would also fetch good returns.

Since it was a short duration crop farmers can grow wheat in pruned tea gardens. The dicocum wheat can fetch five times the price of the ordinary variety. The potential for cultivating organic wheat in the Nilgiris was very good.

Information Specialist, Sathguru Management Consultants N. Anantha Murthy said that now data on rust was available in electronic form and it can be kept track of with a tablet or even a smart phone.