Skip to content
Back to Sathguru.com
By: idsmcPosted on: February 27, 2020 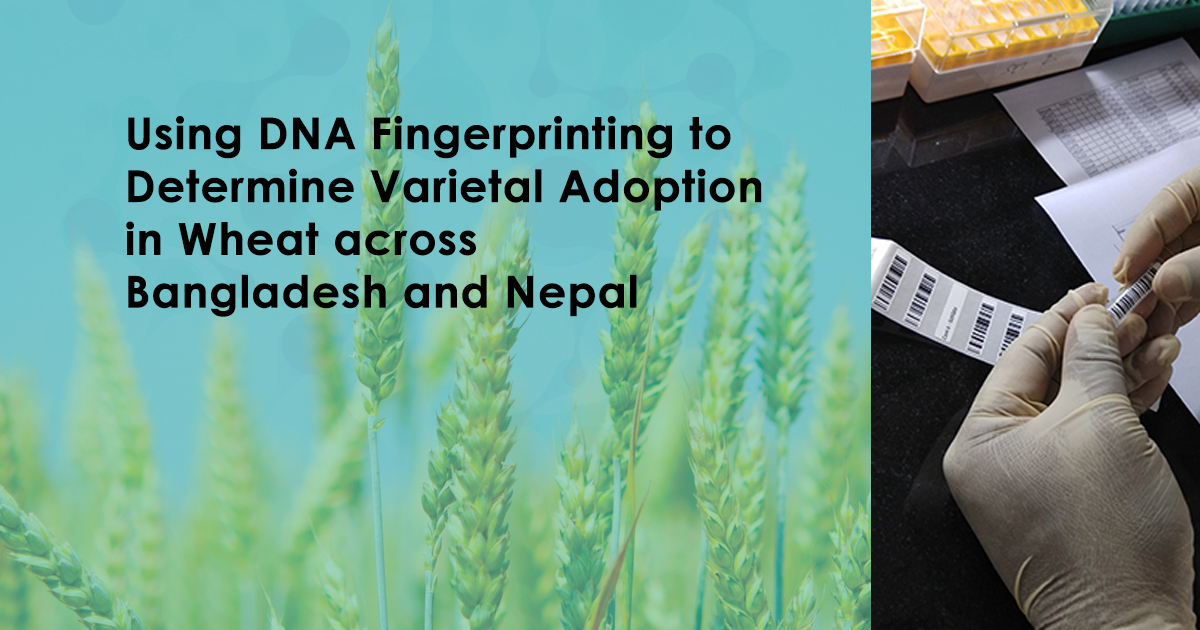 Rijuta Garapaty, Poornima Gade and Rituparna Majumder
Tuesday, February 25, 2020
Wheat is one of the major cereal crops in Bangladesh and Nepal. Traditional varieties and landraces are abundant and valued in these countries, but population growth, vulnerability to climate change and diseases necessitates efficient deployment and adoption of high-yielding, stress-tolerant and disease-tolerant varieties. Both countries have witnessed an increase in wheat production due to the release of a number of superior wheat varieties that are leaf rust, yellow rust, Ug99, Spot Blotch and Blast resistant [1].

Development, dissemination, and adoption of improved wheat varieties are absolute imperatives for national food and nutritional security. Awareness of varietal distribution across these countries has a huge impact on determining replacement strategies for new varieties, and in developing and implementing newer agricultural policies. With the growing number of varieties and the increase in wheat seed production, it is essential to keep track of variety purity.

Traditionally, varietal adoption studies for impact assessment have relied mainly on breeders’ and farmers’ morphological/phenotypic descriptors and naming. However, this practice provides inconsistent results, since morphological descriptors are affected by environmental conditions and naming is error-prone, particularly in informal seed systems. Without a formal seed naming system, farmer identification can vary, which eventually leads to inconsistencies. Therefore, there is a need for clear distinctions between varieties that are being grown and a need to assess the adoption and distribution of improved varieties. These challenges can be overcome by genotypic intervention using molecular markers.

To study the varietal adoption of all the wheat varieties across both countries, DNA fingerprinting was selected as a method of choice. In-country leadership to drive the study was provided by the Bangladesh Wheat and Maize Research Institute (BWMRI) and the Nepal Agricultural Research Council (NARC).

The sample collection districts and number of samples to be collected were based on the density of the wheat growing farmers in that area. A team of scientists, extension workers and lab assistants from BWMRI and NARC carried out the activities. Following a training conducted by Sathguru Management Consultants in both countries, a comprehensive sample collection plan and methodology for sample collection from the farmers’ fields was designed

A customized software, SampleStats, was designed and used during data collection. With the

use of barcodes and SampleStats, all sample collection sites were geotagged and farmer information was collected via the software for future references. Breeder seeds and landraces (reference samples) and the field samples collected from the farmers’ fields were then processed and sent for DNA extraction and fingerprinting to Diversity Array Technologies Pvt. Ltd. (DArT), Australia.

Results from Bangladesh and Nepal

The findings of this study in Bangladesh revealed that BARI Gom 25 (29%) was the most common variety preferred amongst farmers and was found in all six divisions under study. This variety is leaf rust and blight resistant and can tolerate high salinity and heat. The next most common varieties were BARI Gom 24 (23%) also known as “Prodip” and BARI Gom 26 (16%) followed by the less common varieties, Pavon 76, BARI Gom 28, BARI Gom 30, and others. The findings in Nepal revealed that Gautam (20%) and Vijay (19%) were the most popularly grown wheat varieties across Nepal. Gautam exhibits resistance to leaf rust and yellow rust and is tolerant to spot blotch whereas Vijay is Ug99 and leaf rust resistant.

The results of the DNA fingerprinting studies in both countries will be published shortly. The information obtained from these studies will enable the BWMRI and NARC to make informed decisions and systematically plan targeted variety replacement strategies. Moving forward, DNA fingerprinting studies must be repeated after a few years to review the effectiveness of the applied varietal strategies and changes in farmer adoption of new varieties of wheat.

This study was carried out under the Delivering Genetic Gain in Wheat (DGGW) project which is funded by the Bill & Melinda Gates Foundation and UK aid from the British people. Initiated in 2016, the DGGW project aimed to strengthen the wheat pipeline for delivering new wheat varieties with higher yields for smallholder farmers across wheat growing nations.