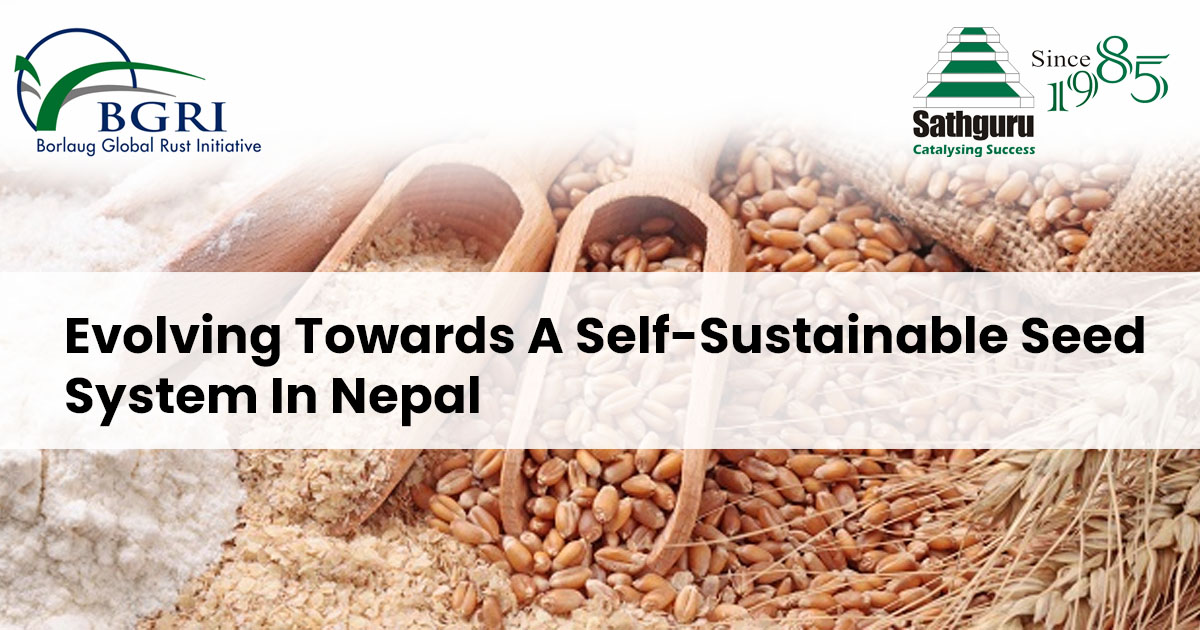 Lower yield and marginalized genetic gains across Nepal have been observed in the last decade mainly due to climatic variations, low adoption of improved varieties and a low SRR of 14%. Although in the Chitwan region more than 19% of the arable area is under wheat cultivation, the average yield witnessed in the region is around 1.7 MT/hectare, which is below the national average. Further, the seed systems in the region are challenged with sparingly equipped processing units. Agriculture and Forestry University (AFU), the first of its kind in Nepal based in Chitwan, under the aegis of DGGW set up a nationally recognized seed production facility to build the seed system towards quality seed production and enable adoption of improved varieties. The last three years have brought about a paradigm shift in the seed systems in the region for quality seed production by farmers, processing and distribution. The project encouraged the adoption of three new wheat varieties to the farmers.

With no seed production in 2016, today AFU has an established seed system capable of producing quality certified seeds meeting the national standards and is currently working towards producing and maintaining their own breeder seeds. The initiative now has scaled up the area under quality wheat seed production to almost ten-fold through AFU farms and engaging more than 200 farmers over the last three years. The quantum of seeds produced has been significantly increased by engaging farmers, building capacity in good agricultural practices, monitoring quality seed production and introduction of sophisticated seed processing. Frequent and timely interactions of farmers with experts and extension professionals on the adoption of newer techniques and technologies led to realizing higher yields in farmer fields. Within a year of implementation, the farmers acknowledge importance of the system and are benefited from doubling yields and higher incomes.