Sathguru connected regional research centers from the South Asian countries with global experts for continuous exchange of ideas, information flow about progress update and new developments for mitigating the effect of rust. Brought about a paradigm shift by collaborating private sector with public research institutes for increased quantum of seed multiplication and distribution to the poor farmers across the country.

Sathguru analyzed regional strengths and weakness and devised a model to build individual country gaps through pooled through responsive engagement of high level capacity for access by all the players in the region. Sathguru’s close association with decision makers and policy planners in India have helped to promote and set up a pattern of exchange of genetic resources among the partner nations and also facilitated efficacy testing of germplasms in international screening nurseries including Kenya and Ethiopia. 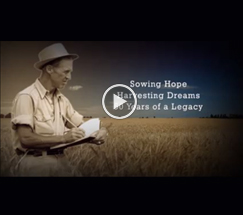