Opportunities and Benefits for Indian Companies in GM Research

Genetic Modification (GM) technologies have increased food productivity and reduced environmental deterioration by toxic pesticides. However, anti-GM activists protest against the GM technology on the ground that “it is an elite multinational domination with protected product ownership meant to exploit small farmers and deny technology at affordable price to them.

On the contrary, international seed companies have focussed mostly on corn and oil seeds due to large acreage of farming and the ability to recover high investment cost in research, validation, and post release monitoring of the product. In India, the crops under development are predominantly focussed on grains, vegetables, lentils, millets, groundnut, mustard etc. Indian developers have licensed genes from international sources or in some cases cloned their own genes with patent filing and have pursued integration of these genes in crops of regional interest. In other developing countries such as Brazil, Indonesia and Philippines too, researchers have developed products in their focus crops such as sugarcane, beans, brinjal and potato. None of these had been of any interest to multinational companies. India was at the forefront of this effort until 2009 and has taught the model for Asian and South American countries to follow.

The Indian public researchers have been deploying investments in genetic engineering of crops over the last 15 years. Beyond countries in Americas and Northern Europe, Indian public research has largest number of scientists, well trained in crop improvement, their safety assessment and deployment in farmer fi elds. The Indian private sector has demonstrated that these crop improvement efforts can be affordable, scientifi c and regulatory compliant in accordance with the best regulatory protocols adopted across the world.

India joined the GM crops club in 2002 with the approval of Bt cotton for commercial release. The adoption of Bt cotton in India has been extraordinary with the area under Bt cotton grown from zero to 95 percent of the total cotton area by the year 2013 (James, 2013). By May 2012, 1128 Bt cotton hybrids based on the six approved GM events were given permission to be planted across the three agro-ecological cotton zones of India (GEAC, 2013). In 2014, GEAC approved additional 70 Bt cotton hybrids and the number of seed companies selling Bt cotton increased to 45 and the number of Bt cotton farmers increased to 7.7 million in 2014 (Choudhary and Gaur 2015). In 2014, India becomes the number one cotton producing country in the world surpassing China.

With the success of Bt technology in cotton in India, there was renewed interest in agri-biotech research and development (R&D) among the private seed companies. As per IGMORIS database, there are 64 agri-biotech fi rms performing R&D in the area of GM crops with nearly 45 seed companies selling Bt cotton hybrids. However, there is a wide heterogeneity in the research intensity, technology access/development and technology absorption models of these fi rms.

Indian companies have increased their R&D spending since the launch of Bt cotton hybrids. Most of the Bt cotton sublicensing firms upgraded their scientific knowledge and infrastructure to the levels required for the technology absorption (by backcrossing and testing) and meeting the regulatory requirements. Though, the R&D spending varies among the companies, there are some companies spending upto 10-12 percent of their net sales. Companies such as Krishidhan, Mahyco, JK Agri Genetics, Rasi, Vibha, Kaveri, Advanta, and Ankur now spend more than $2 million on research annually in India (Pray and Nagarajan, 2013).

While some of the companies selling Bt cotton hybrids could not expand their research capacities beyond the levels required for testing and release of GM event introduced hybrids, few Indian companies like Mahyco, Bioseed, Metahelix, etc, have signifi cantly enhanced their position in crop genetic improvement by developing capacities for genetic transformation and trait development independently. However, several Indian companies are not investing signifi cantly in gene discovery but are accessing genes/traits from technology providers. It is anticipated that in future some of these companies will go further upstream in the technology value chain; discover and develop their own genes in-house.

Analysis of IGMORIS database, RCGM meeting minutes and a recent publication by Randhawa et al, (2014), reveals that rice has highest import permits for GM events/traits into India. The import permits (IPs) are dominated by MNCs like Dupont, Bayer, BASF, Devgen, and Monsanto. Mahyco and Bioseed are the Indian players with IPs for GM traits/events in rice, along with few public institutes. Insect resistance, herbicide tolerance, abiotic stress, Nitrogen Use Effi ciency (NUE) and male sterility are some of the traits which various fi rms have imported for rice. Mahyco and Metahelix have indigenously developed GM events for rice. For corn, leading market players like Monsanto, DuPont, Syngenta, etc, are leveraging their global R&D on maize and this is evident by import permits for GM traits like insect tolerance and herbicide tolerance into India. There are no indigenously developed GM events for corn (unlike rice and cotton).

Some of the Indian companies are developing traits for resistance against pests and diseases in some of the important vegetable crops. With resumption of GEAC meetings since 2014 and with the recent approvals accorded for field trials of crops like GM mustard, Bt chickpea, NUE rice and Bt brinjal; companies are expected to gear up their research and commercialisation efforts in GM crops. GEAC’s approval of field trials of Bt brinjal event opens up an opportunity for the Government of India to revisit the moratorium on Bt brinjal event EE-1 (Choudhary and Gaur 2015). 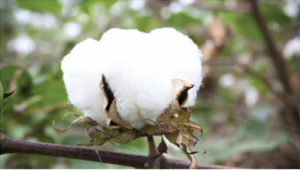 Companies are also awaiting the approval of the country’s first stacked trait – the insect resistant and herbicide tolerant cotton, Bollgard II Roundup Ready Cotton (BG-II RRF™) being developed by Mahyco and sourced from Monsanto. Indian companies intend to follow the earlier model, wherein the stacked trait would be sublicensed and introduced in their best performing hybrids.

The increasing repertoire of modern techniques and tools available now provide plenty of opportunities for companies involved in crop genetic improvement. Some of the Indian companies like Mahyco, Metahelix and Rasi, have adopted new technologies like RNAi for developing traits for resistance against pests and diseases in some of the important crops. Some companies like Ankur and Nirmal Seeds have taken up collaborative research with public institutes tapping public funding for development of disease resistance traits in vegetable crops.

Transgenes, originating mainly from bacteria, viruses and from other sexually non-compatible plant species were the earliest type of genes used for crop breeding, based on genetic modifi cation. There is lot of interest for new breeding techniques that could address the public concerns related to GM crops, especially those stemming from the use of transgenes. Such techniques include plant transformations that enable the absence of foreign marker genes in the end product, use of cisgenes or intragenes, genome editing etc. Cisgenesis or transgenesis is a new approach for plant breeding that uses GM technology to introduce natural genes from within a plant species or from crossable plant species into varieties.

A more recent technology called genome editing makes it possible to precisely alter DNA sequences without transgenesis. This technology is expected to lead development of more widely acceptable crop varieties. Genome editing was used to introduce resistance against rice blight caused by bacterial pathogen Xanthomonas oryzae (Voytas and Gao, 2014). Another interesting technology is Trait up™, developed by Morfl ora, based in Israel. It is a non-transgenic platform to express or silence genes in seeds and plants, and acquired traits are expressed within days, post treatment of seeds (vector DNA is applied as seed treatment). If this technology becomes successful and can work on wide range of crops, then there could be a paradigm shift in the seed industry from Intel insideTM model (gene integrated in genome) towards spray paint model (gene coated on seed).

The earlier model of cotton, wherein the event was sublicensed to nearly 40 different players may not be witnessed again. The technology providers may not be in a position to sublicense to all the players due to confl icts or may refuse access citing sub licensee’s past performance with respect to their compliance to licensing agreement clauses and royalty payment schedules. To be able to tap into the latest technological developments, companies need to consistently upgrade their human and infrastructural capacities, and constantly look out for technology opportunities and access them.

GM crop development and commercialisation is extremely time and resource intensive effort that involves various stages like gene discovery, gene optimisation, crop transformation, trait development/event selection, food and feed safety assessment, etc. Unlike MNC counterparts, Indian seed companies cannot carry out all of these activities in-house and accordingly fi ll the gaps in technology value chain by licensing genes/ traits/events and outsourcing food and feed safety assessment studies. This provides a great opportunity to small technology-oriented fi rms or other service providers in India to establish themselves to meet the increasing demand for new traits, platform technologies and other support for crop improvement programmes. Some Indian companies have made a beginning in this direction. For instance, Metahelix is offering service to industry by leveraging its Rice PlantTM, a functional genomics platform based on high-throughput Agrobacteriummediated rice transformation system developed in-house. Another fi rm, Tierra Seed Science based in Hyderabad, is engaged in research, development, testing and licensing of hybrid seeds. Tierra plans to commercialise their products through their sublicensing with regional seed companies. There is also an opportunity for manufacturers of detection kits. As the number of events released for planting increases, requirement of event specifi c detection kits will increase, to meet quality control as well as product stewardship norms.

The entire spectrum of activities in the GM crop technology value chain provides exciting opportunities for Indian companies. But the competition in seeds and GM traits is intense and requires continuous technological development as technologies are becoming obsolete with scientifi c advancements and the markets are rapidly changing. Companies, which are able to bridge the gap between basic research and commercial development, reducing their risk and adding value by adopting various business models, will be able to stay ahead in the competitive race.

Workshop on use of ‘TEEAL database’ held

Sathguru to focus more on start-ups

Whitepaper on ‘Digital Transformation of Indian Healthcare’ released at…